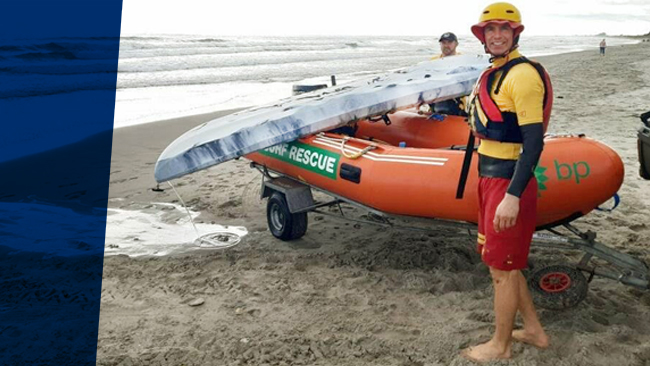 Aaron, powering to the rescue.

Amidst the chaos of the first day of Junior Surf at Omanu Beach Surf Life Saving Club, and a beach humming with activity on Sunday November 1, a call came in from Coastguard New Zealand alerting the lifesaving team to a kayak sinking 400m off shore.

Within minutes the club launched an inflatable Rescue Boat (IRB) and powered through the large surf towards a kayak paddle waving in the air that one of the crew members spotted. The two kayakers were clinging to their half-submerged craft – but thankfully were wearing lifejackets. This combined with being able to keep their cellphone dry long enough to call for help may have saved their lives.

As proud supporters of Surf Lifesaving New Zealand though our “Doing Good programme” the team at Just Sheds are especially proud that our very own Aaron Power was one of the lifeguards involved in the rescue, along with his other lifeguard team members Matt Crawford, Haven Bellamy and Tyler Nitschke – who managed the on-shore communications.

BACK TO BLOG
Menu