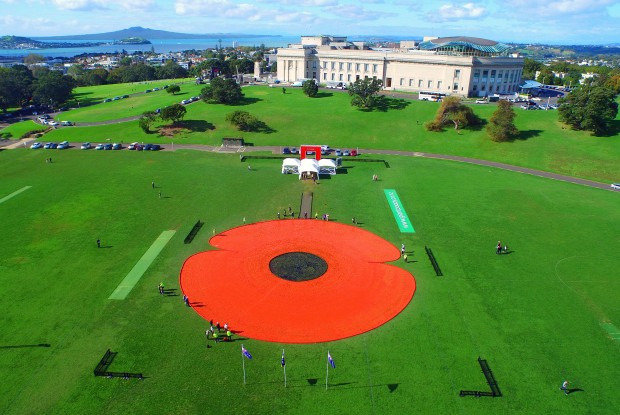 Just Sheds have been involved in sponsoring the Giant Poppy project. With the help of the public and our temporary portable office buildings they have built the biggest Poppy in the world to honour World War One. The Giant Poppy consisted of 59,000 specially minted red metal discs (this is the number of New Zealanders killed or wounded in WW1) and was on display at the Auckland Domain during April. From 2015 and onto 2018 is the 100 year Anniversary of sending men and women from New Zealand to Gallipoli and the trenches of Europe to fight ‘the war to end all wars’. The ANZAC’s suffered severe casualties with many of their finest young men and women killed or wounded. New Zealand had the biggest loss per head of population of any country in the then Empire. Just Sheds was proud to be associated with this special project.